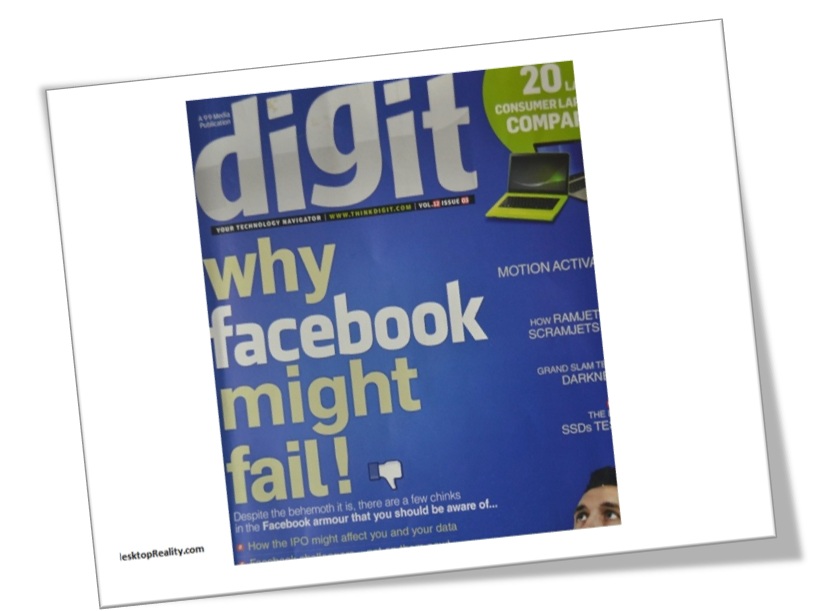 I am reading Digit from their early days and even before they named the magazine to Digit. I enjoyed every technical articles on it as well as the soft wares they distributed  on the free DVDs.   What really catched my attention is the cover story of this months Digit. It is asking a controversial question of Why Facebook might Fail ?  , just like any other persons who shed their Rs. 200 on this magazine , I jumped to the page 82 to read the news with pounding heart . It is discussing about the IPO ( initial public offering ) of the facebook and the chances of failure of Facebook in the market as a business.  To make their point more trustworthy they have quotes from  Washington Post , The guardian , Fortune Magazine ,and Forrester . As a  person who  is a layman with stock market , I could not understand much of it , but got the general idea that there is a chance that Facebook may fail , and that is the basic aim of this cover story , I suppose . 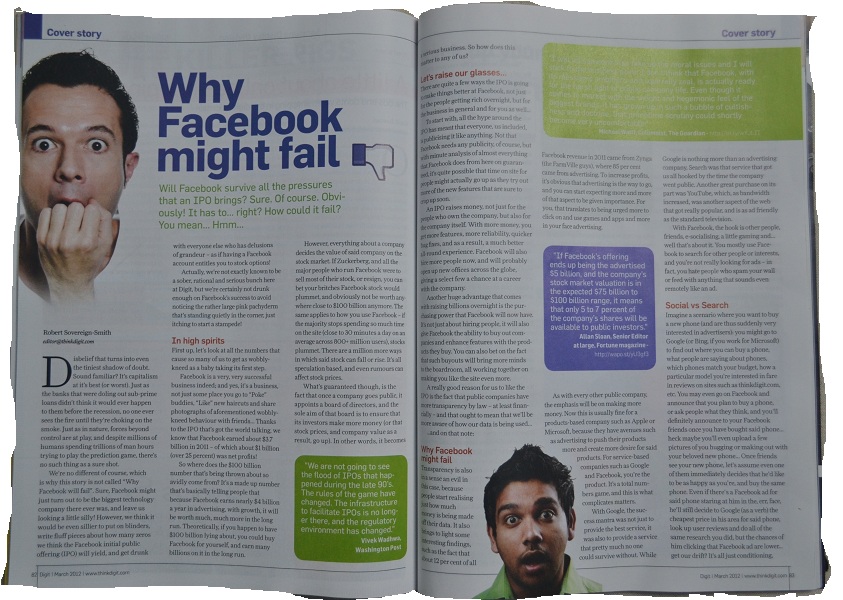 To make the point clear that Facebook will fail and you are at  risk of loosing your data , the next page offers a innocent looking tips on how you can backup you full data on Facebook to your personal machine. It can be appreciated as a nice tip if it was not attached along with this cover story . I did not want to take any chances and  backed up my personal stuff  immediately . If every one who reads this article started backing up their data , we can think of the load it can exert on the servers of Facebook. 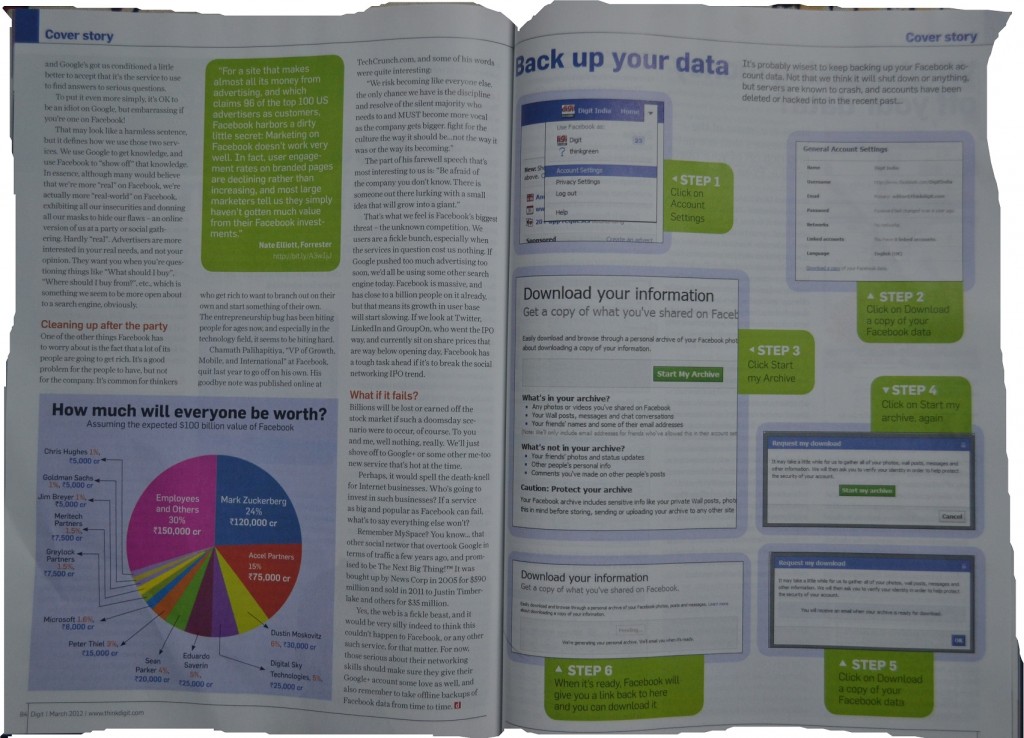 and the next article named Meet The challengers discuss about the problem of putting all eggs on one basket and suggesting  you some extra baskets on which you can put your eggs and they are discussing on Linked in , twitter , flicker and Google Plus and they are proposing Google Plus as as alternative to Facebook Also . Come on guys , you have some serious issues with Facebook you have the power of a Magazine to express it .

If we  had a magazine as popular as you are having , can we ask the same question like   ”  Why Digit might fail  ” and hire content writers to prove that point .

Nice to read the story . It is a daring article presented in a time when Facebook is really popular.Hope   this cover story will make more sales for this month