Back in my early days of electronic studies  I have learned that parallel data transfer is faster than serial. It satisfies my commonsense too that an eight  lane highway can take more cars than a single lane . so eight bits at a time down the lane will indeed faster than one bit at a time 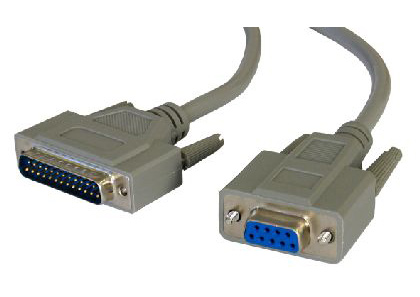 So I was little bit confused when almost 6 -7 years back when the Serial-ATA was introduced to the market and claimed more speed than the conventional parallel ATA ( IDE ) . Then I have to accept the fact that USB which is also a serial data transfer system is getting faster with USB-2 and then USB -3. Then the classic parallel SCSI which was used for the high performance server machines were  replaced by its new incarnation which is called Serial Attached SCSI ( SAS) .

So it is high time we have to re think about the data transfer systems using serial and parallel communication . Now we can think about our old high way analogy in a different perspective.

On oor first argument favoring parallel transfer , we said that  an eight lane highway is faster . But think it this way , if we have to control vehicles in such a way that all the  eight cars passing parallel though the highway has to reach a specific point at an exact moment , it will be hard to sync the speed and driving habits of each driver . If we keep in increasing the speed of the cars on the lane , it will be again difficult to maintain control and there are chances for collision between these vehicles . So just think about vehicles passing at 300 km /hour and still maintaining its distance and space accurately from each other , Hard to think .. is it ?

Then how about a train with 20 compartments connected serially , perfectly coupled with each other  zooms through the track at 300 km/ hour , Yes it is quite possible , and it can carry more passengers too , is it ?

The same case applies to the parallel data transfer system .When the data transfer rate has to be increased beyond a certain limit, the data bits coming  through multiple lines is hard to synchronize and cross talk will occur between data bits of different line as the frequency of pulses are increased.  Naturally we have to  reduce the length of the data cable to maintain the data integrity  and more complicated circuits for synchronization increase the over all cost of the system. So that means beyond a certain speed limit , the parallel data transfer system is not practical .

Hope you got a basic idea on why your new generation serial devices are faster than the classic parallel devices . Please share this awareness to your tech savvy friends by sharing this article on your social media circles

One thought on “S-ATA vs P-ATA why Serial is faster ?”