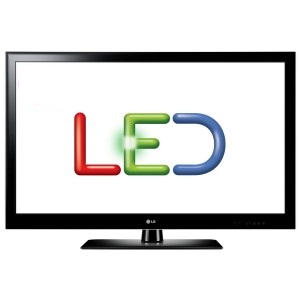 By initiating a discussion on LCD vs LED monitor, we are addressing one of the concerns of the customers  regarding the purchase of the display unit.

After the era of Cathode ray tube monitors are over for a formal desktop customer , LCD monitor is a common display unit . There are so many complicated terminologies which a normal customer will find hard to digest like active matrix , passive and so on  . But after all those discussions , customer got settled to the normal term LCD itself and life become less complicated. But then comes a new technology  related to LED  display systems.

From a Technical persons  Point of view   LCD monitors uses the  Liquid crystal display to display the image and they are using CCFL ( cold cathode Fluorescent lamp ) for back lit .

LED monitor also using  the  Liquid crystal display to display the image and they are using white LEDs instead of CCFL to lit up the display.

So we have to call the so called LED monitors as   LCD monitors with LED back lit to avoid the confusion of the customer.

Still LED back lit monitors hold more value to the customers because of the low power consumption , high contrast ration and better reproduction of color .

Almost every technical person out here is already aware about this fact , but we have to spread the news to a normal customer so that  he must not end up believing that the  LED monitor  is entirely different from LCD. Also when the real LED’s will hit the normal market we will not have a terminology to differentiate theses two also .

4 thoughts on “LED monitors , the myth and the Fact”